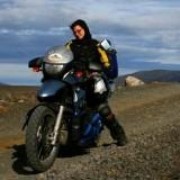 All writers know it. That voice that creeps in and then begins to scream at us:

And the voice is rather convincing. So much so we run for cover and refuse to write.

So the voice wins.

Too often we believe that beating that voice involves a feat of Herculean strength.

Which, let’s face it, most of us don’t have. We’re exhausted and just making it through the day as it is.

It took me 37 years before I was brave enough to hit publish on my first work of fiction.

And 5 years of publishing non-fiction work before I could claim writer.

None of it worked long term.

Every time I thought I was on track I fell right off of again.

And then magic happened.

I transformed into an oily writer.

Sometimes it’s just morning pages style word dump until the anxiety and self-doubt is gone and I begin to work on my WIP.

Other times I list all my fears and counter them, to realize they are not so scary after all.

Sometimes I start from my character’s viewpoint and they tell me all the things they think it’s wrong with my WIP.

They can be very persistent about who they are.

And if I’m really stuck I pull a card and let that guide my writing.

The key difference is that I go in gentle and I go in with the intention that there are no mistakes. Just exploration.

And with the pressure off and the oils soothing my body while the tea is delicious without pain or cheesecake guilt. (Not weight, no body shaming here. But I can’t walk if I consume too much milk. But if some writers destruction of choice is alcohol, mine is dairy. Not nearly so cool but I’m a total geek. Plus now I’m a geek mom. ).

My favorite oils? At the moment I’m in love with any of my citrus blends (how can I not be happy when it smells like sunshine, it’s my light against the dark) or I use the mermaid blend I found on Pinterest because I’m also a mermaid.

Try a gentle way. You’ll be so much happier. Writing is our bliss. We don’t need to self-sacrifice to be deserving of it! Just open to exploring and a second draft!

Get the book that is a 5 day kick writer’s block to the curb challenge! (Affiliate link used! You won’t pay more but I will get a commission! I stand by the book though, I wrote it.)